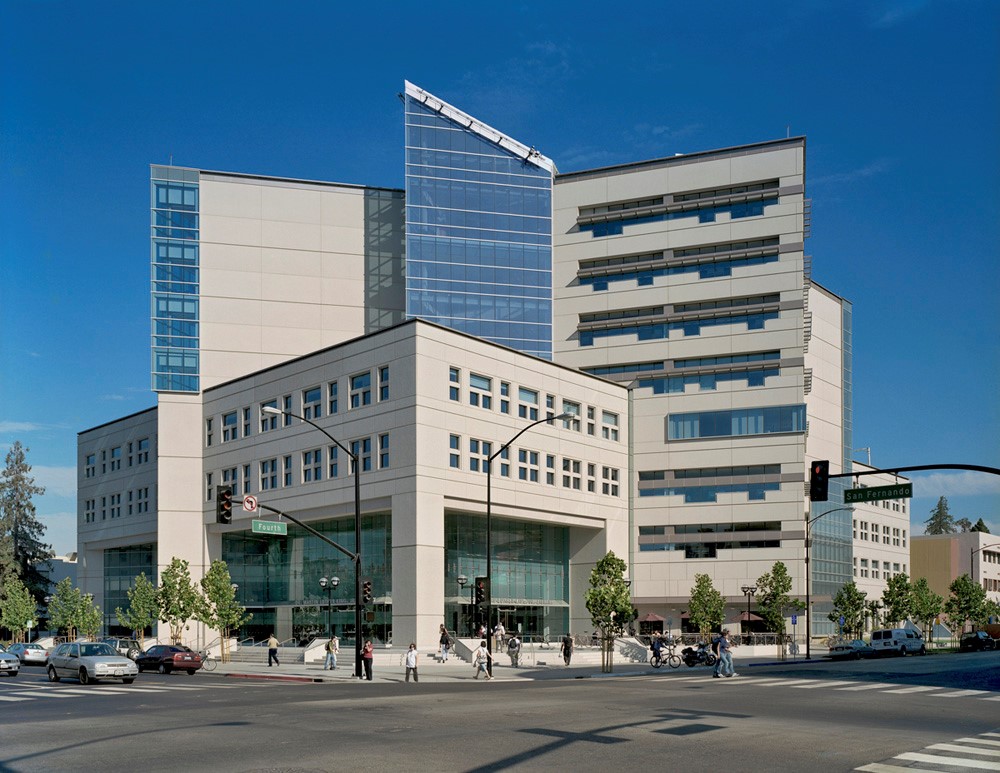 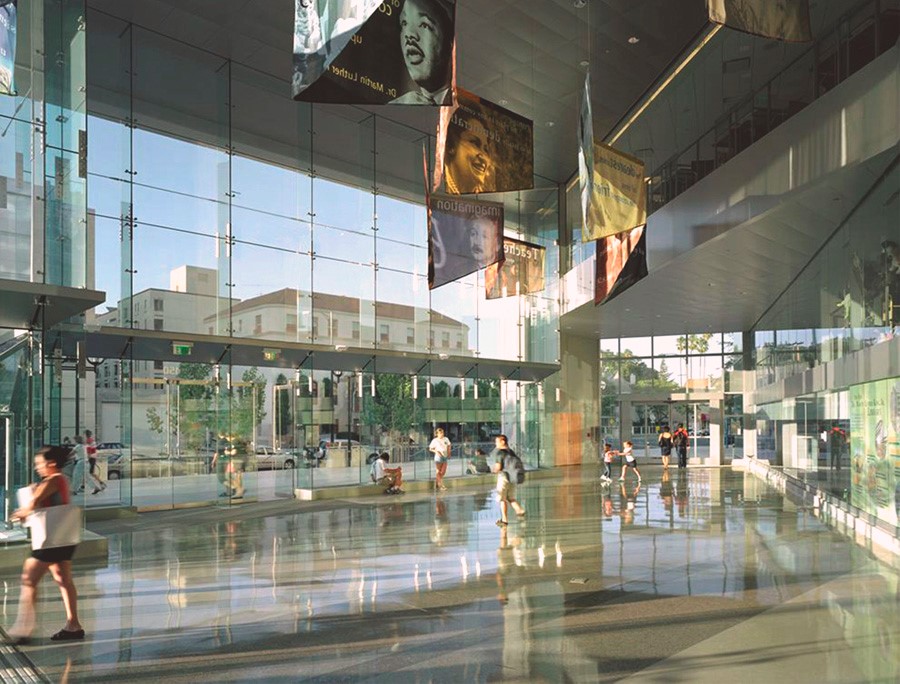 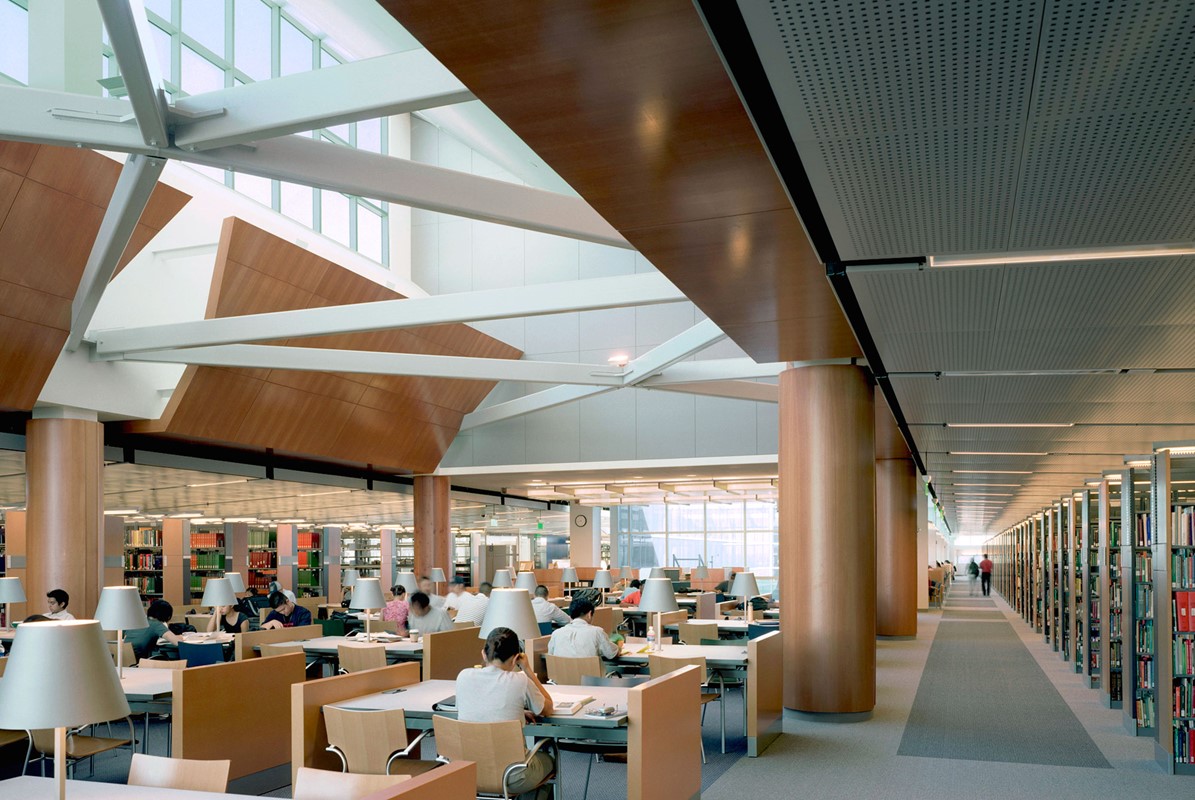 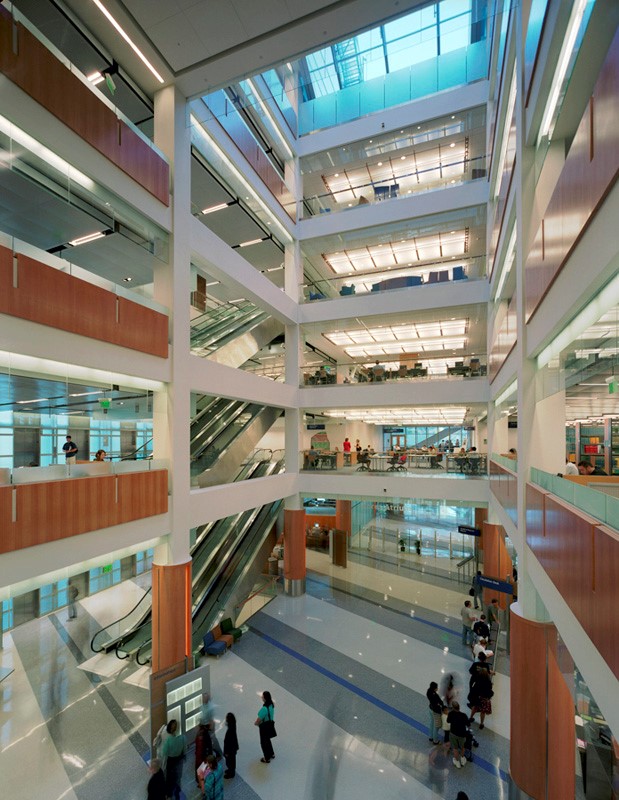 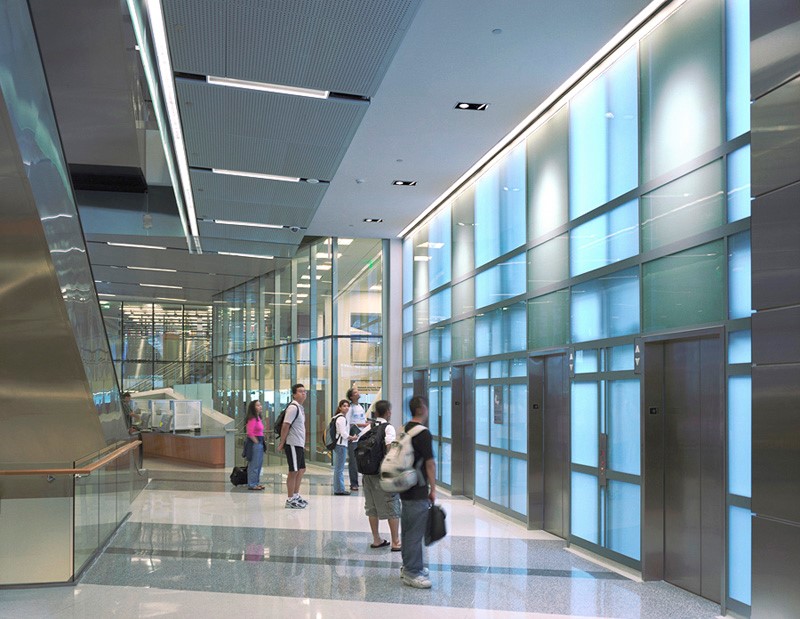 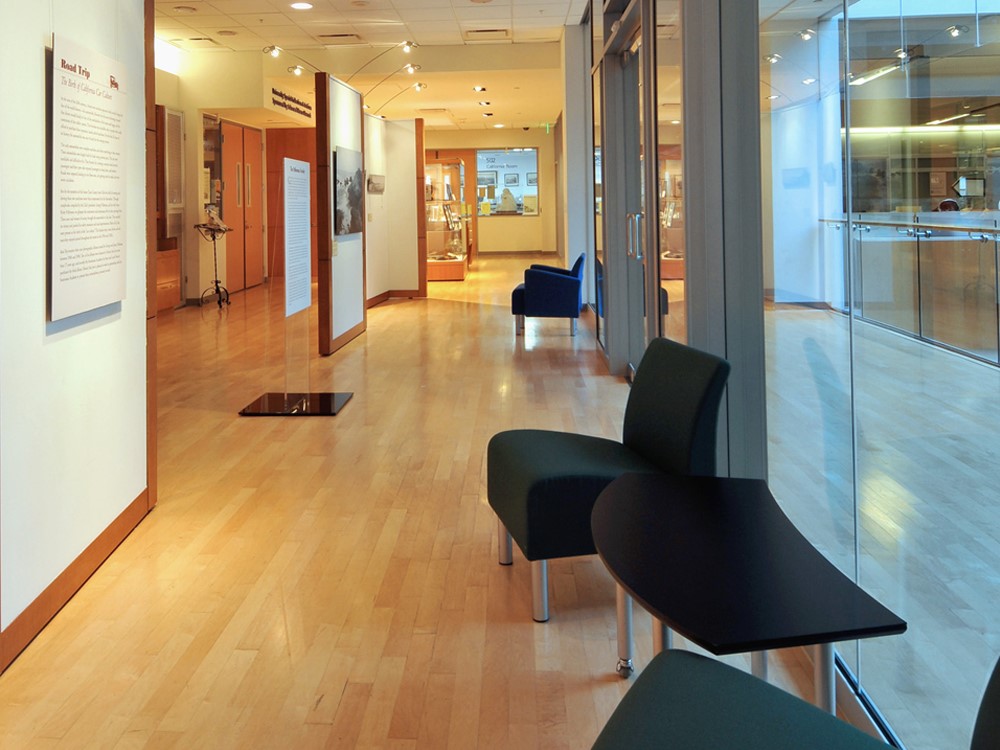 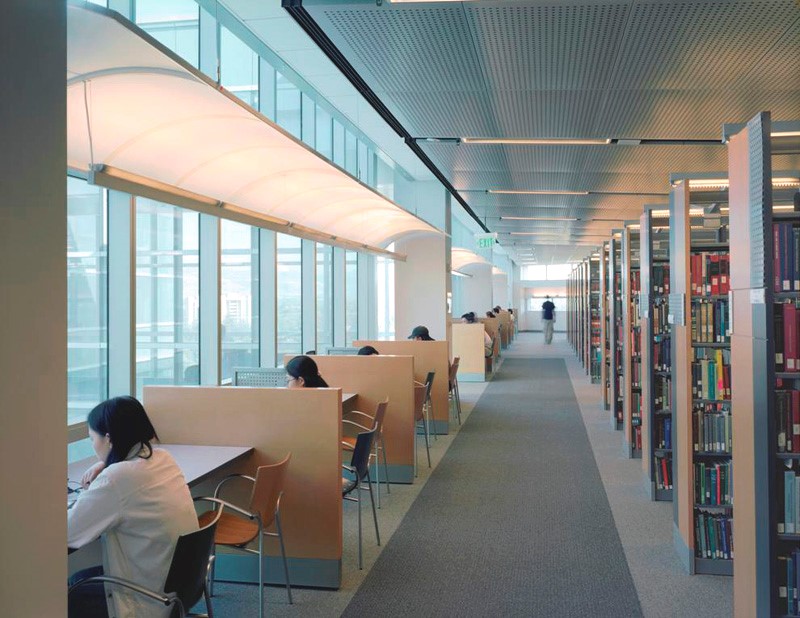 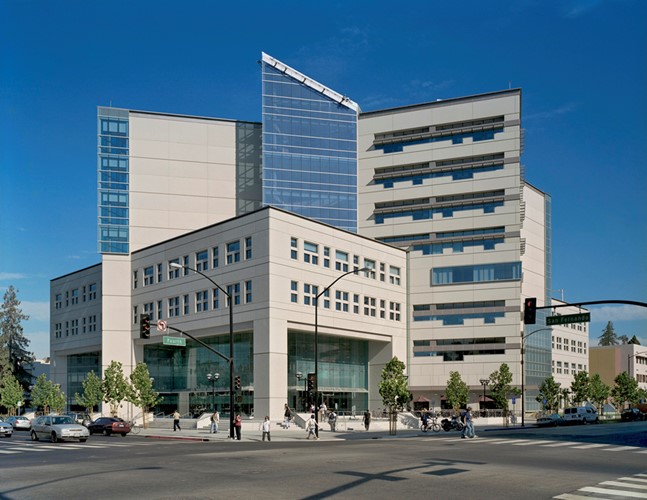 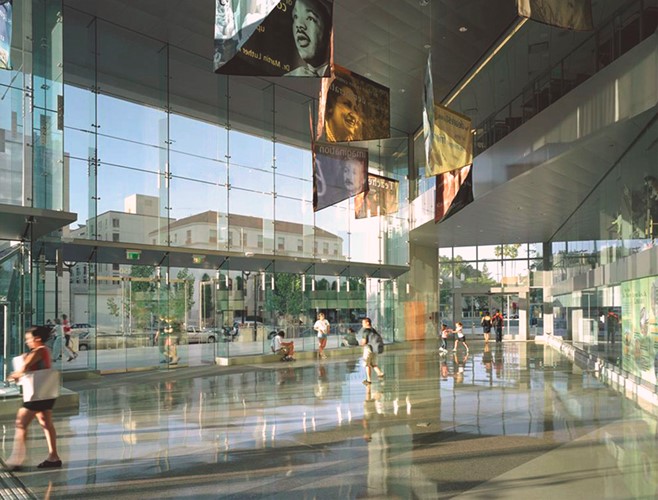 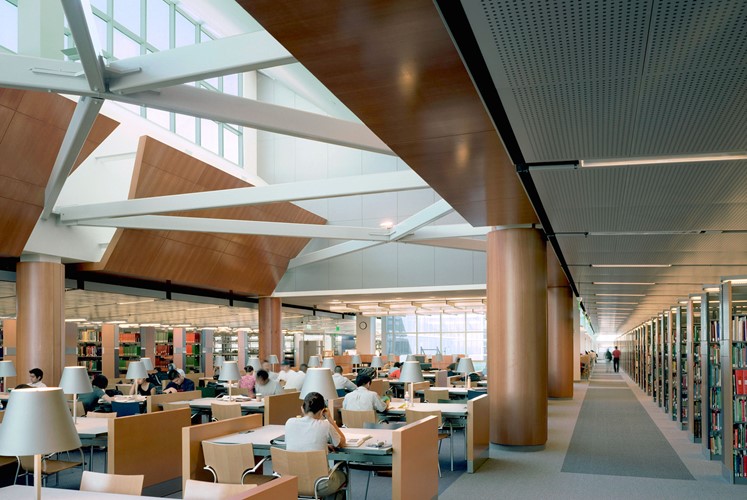 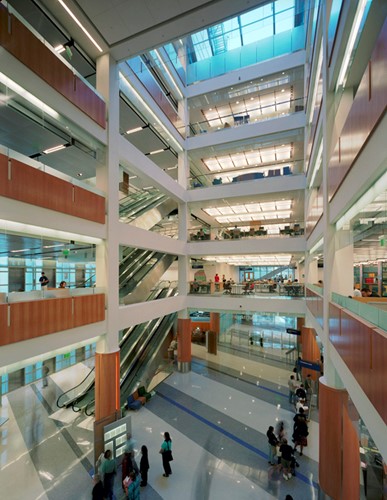 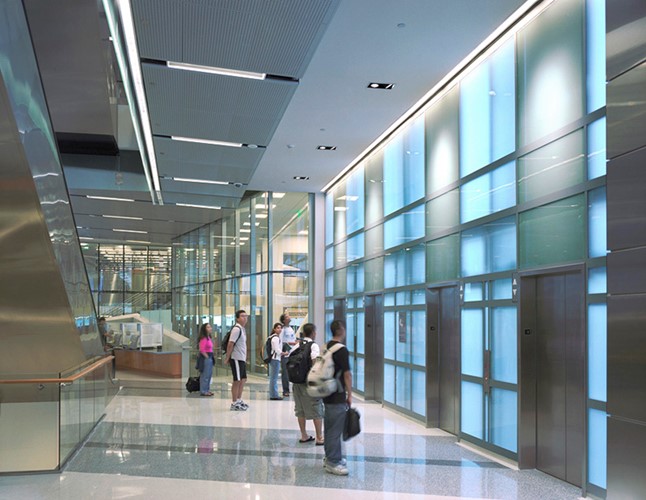 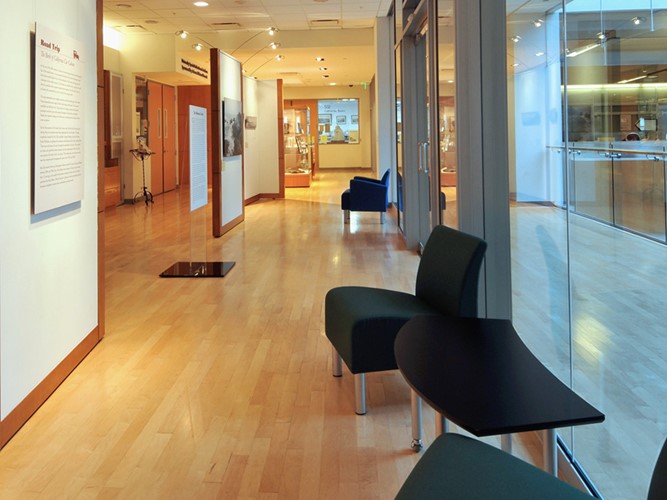 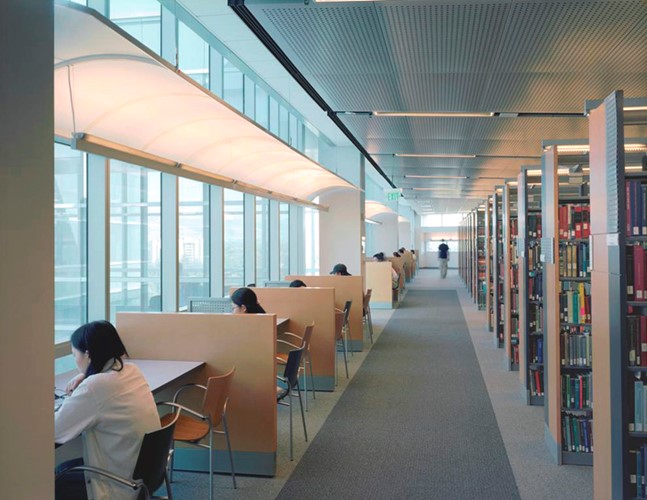 Share
Anderson Brulé Architects is nationally recognized for the leadership of the development of the groundbreaking service and operational model for the Martin Luther King, Jr. Library, a joint-use library combining the services of San José State University and City of San José Library. The first of its kind, this 477,148 square foot, “seamless” service library enriches the university and community and is a prominent landmark in downtown San José. This project gave ABA an opportunity to build on the vision and strategic goal to redefine the leadership role of architects in the transformation of the built environment.
ABA’s leadership role was an untried concept. No architect had led the design of a new service and operational model for joint-use of a major university and city main library. ABA planned a unique process of design leadership, establishing a clear method for discovery, innovation, and decision making and with the Library Director and Dean led the development a new service and operational model for the City and University libraries to deliver seamless service.
ABA believes that organizations must learn new ways of doing things when faced with adaptive challenges, and that learning happens through experimentation and discovery. Where there were neither problem definitions nor solutions, a new methodology using living systems theory had to be explored – resulting in the design a new organizational system. ABA focused on problem discovery to unearth the issues before attempting to solve them. Designing over 160 planned collaborations, ABA brought together political leaders, community groups, librarians, and other stakeholders to prove the feasibility of joint-use, detailing its function and building advocacy for approval. The entire team was engaged in a explorative journey.

ABA created an environment that succeeded in combining two different libraries’ services into a new elevated service model. Through ABA’s guidance, librarians from both organizations were not asked if seamless service should happen, but how it should be developed. This was imperative in driving the concept and creating a new shared vision. Ultimately, the Martin Luther King Jr. Library established the concept of “joint-use” facilities of all types, inspiring other joint-use libraries around the country.
Once the Strategic Operational Plan was approved, Gunnar Birkerts Architect and Carrier Johnson, in association with Anderson Brulé Architects, were hired to design the project, which would be the recipient of a design award from the 2004 AIA Santa Clara Valley and became internationally renowned library service model setting new trends in library design. The Library’s unique concept and process was the subject of a doctoral dissertation at the University of California at Berkeley. ABA’s process was compared to that of similar complexity for the San José International Airport.
Client
City of San José Redevelopment Agency
San José State University
Size
475,000 SF
Market
Community
Education
Services
Interiors
Type
Library
Higher Education
Awards
USGBC LEED Silver
What Our Clients Have to Say:

"Anderson Brulé Architects' attitude and performance on this project has been quite valuable. Their early operating planning work with the Librarians proved critical to informing our design process."