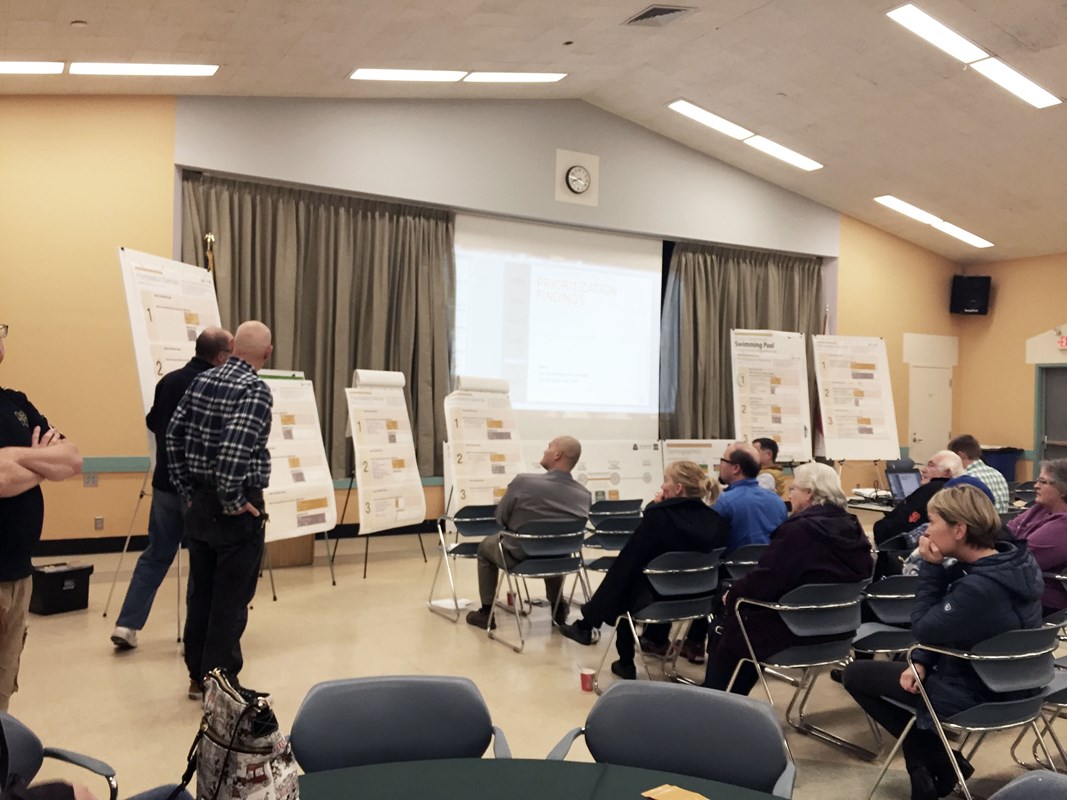 Following the 2010 gas pipeline explosion in San Bruno’s Crestmoor neighborhood, the City of San Bruno received a $70 million restitution settlement from Pacific Gas and Electric Company (PG&E). The settlement is managed by the San Bruno Community Foundation (SBCF), a non-profit organization specifically created to oversee and manage the settlement funds.

In 2015, the SBCF conducted a two-month Community Listening Campaign to identify potential projects that could be funded by the restitution money. However, initial analysis indicated that the scope of the potential projects exceeded the funding available.

To identify which of these potential project scenarios should receive the highest priority, the City hired Anderson Brulé Architects in early 2017 to facilitate a participatory community process to prioritize the possible development of new community facilities, such as a new library, community center, pool, recreation center, or various combinations of the four facility types.The participatory process included Community Forum meetings, online surveys, and pop-up outreach events at locations such as the existing library, the local mall, and an evening school concert. 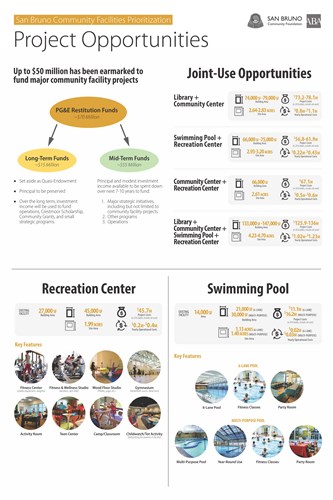 As a basis for community discussion, ABA with a team of library planners, recreation planners, aquatics designers, and cost estimators, developed a framework for the various types of community facilities that would be appropriate to the San Bruno community. The consultant team analyzed the city’s demographics, conducted a needs assessment, and evaluated service trends that would be most relevant to the community.

ABA’s summary of community input during the prioritization effort were presented to the San Bruno City Council for consideration towards a decision and next steps for moving forward with the priority project.The City Council ultimately decided that with land already available, a joint-use Pool/Recreation Center project would be the most viable and preferred option.