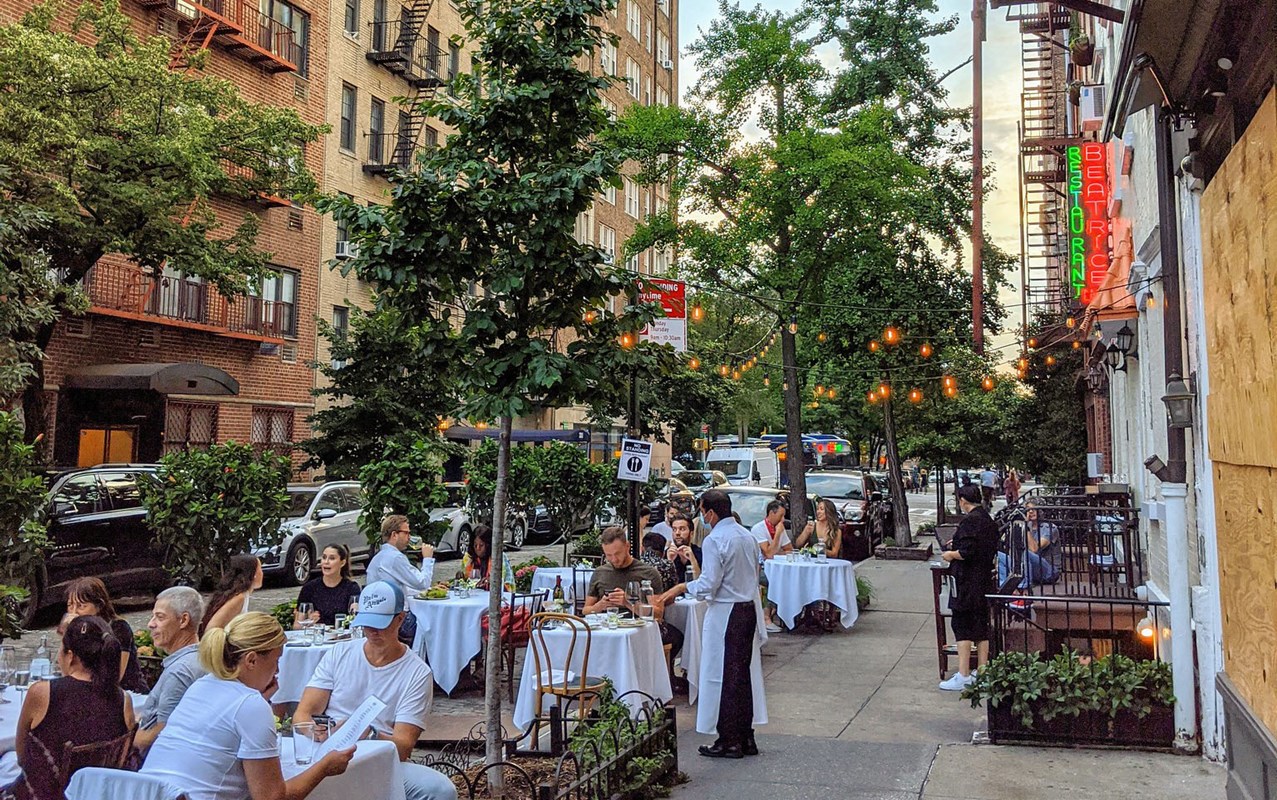 
Zach is an undergraduate student studying City and Regional Planning at Cal Poly, San Luis Obispo. His summer has been spent interning with ABA’s Strategic and Master Planning service areas and he has been able to explore the professional world in different ways, including leading an exploratory DesignLab for ABA Team Members about Tactical Urbanism. One belief Zach shares is that thinking about architecture and interior design from the lens of an urban planning student can introduce a new, thoughtful element to our design. 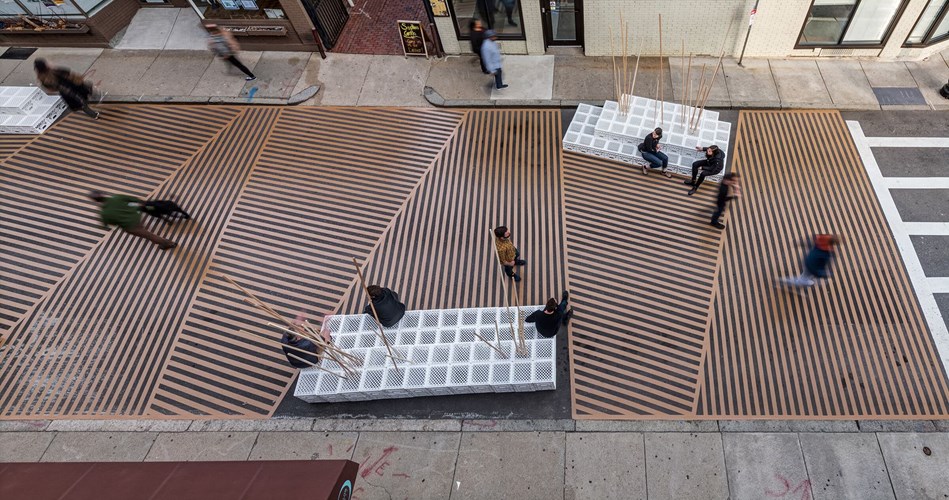 At Birch Street Plaza in Boston, local citizens partnered with architecture firm Merrit-Chase and inspired the transformation of a short through street into a paseo using duct tape and milk crates. By taping a pattern onto the asphalt and grouping milk crates into semi-permanent furnishings, this group suspended vehicular flow but induced plenty of foot traffic to support the small businesses lining the street.


The display left such a positive mark on the community that the city authorized permanent construction of a plaza pulling design from the original impromptu display. This temporary and cheap display of defiance by the public not only created an economic attraction but conjured a sense of place sought after by urban designers and architects in every concept they create.


This is Tactical Urbanism. 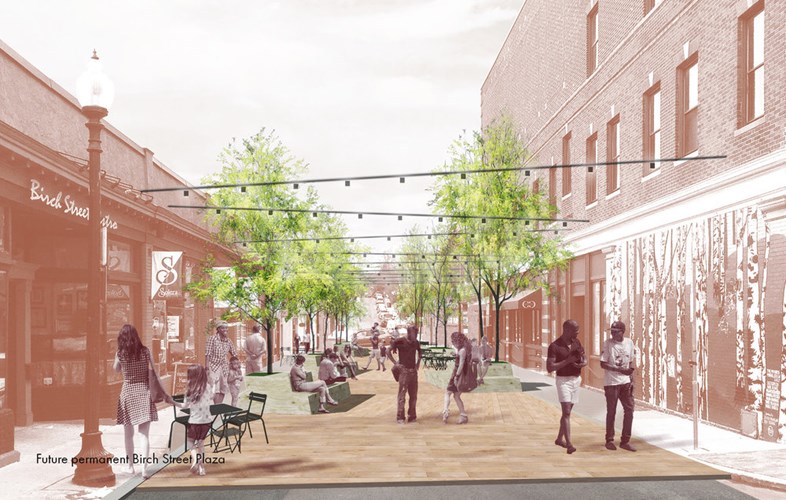 Concept for a permanent intervention on Birch Street, catalyzed in part by the initial tactical urbanist efforts by citizens. Source: Merritt Chase

What is tactical urbanism?

Tactical Urbanism leverages the creativity and local knowledge of residents to provide meaningful interventions with the greater purpose of transforming the way their public space is constructed and used. Not to be confused with its close relative “Tactical Suburbanism” which consists solely of block parties and yard sales, Tactical Urbanism comes in many forms, from guerrilla gardening to constructing parks in the middle of city streets to popup cafes.

These interventions, though varied in their actual form, possess five qualities common to Tactical Urbanism: 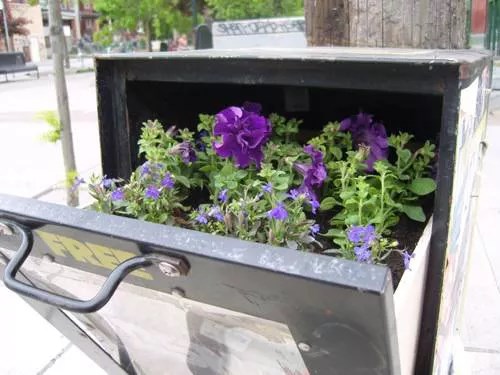 Interventions are created not with the intention of longevity, rather to spark a shift in the use of an existing asset in the public realm. 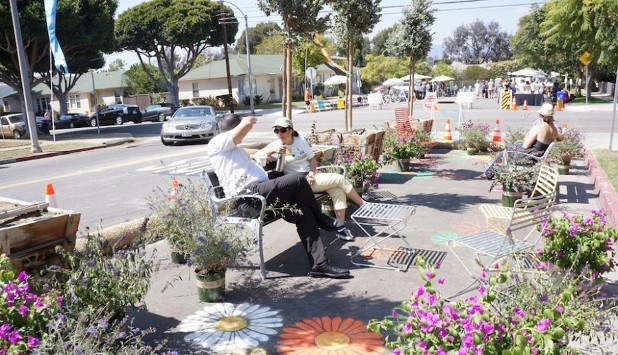 Those who live in a neighborhood know it better than any architect, planner, or administrator. Resident’s creativity is tailored to the region and more likely to optimize the available resources. 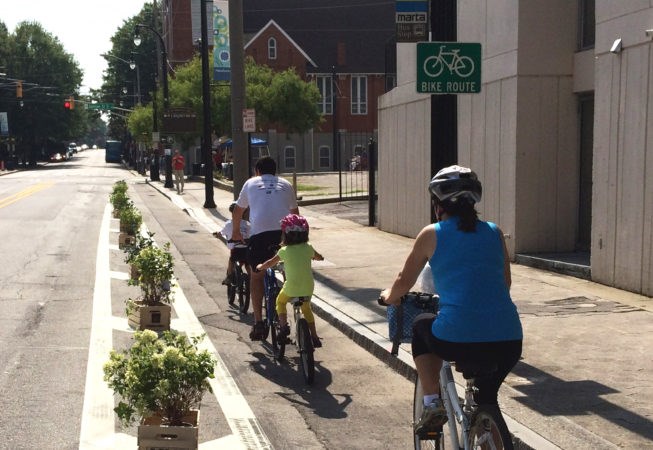 
Permitting and red-tape play their part in slowing down parklets and food trucks, but the impromptu nature of Tactical Urbanism means interventions can be set up and taken down after they gain traction. 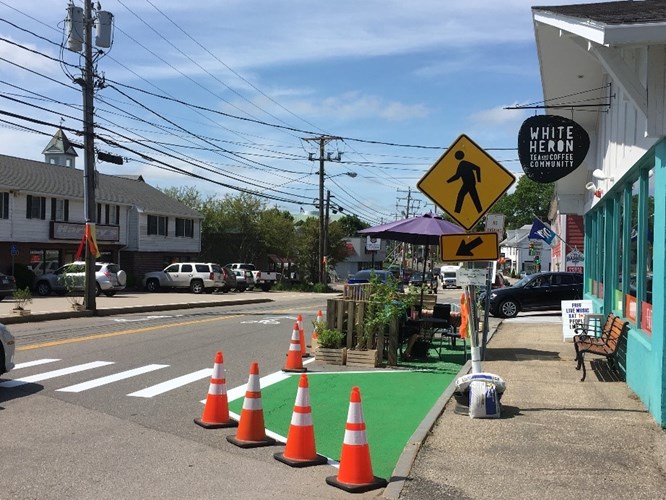 4. It comes with low risk and high reward


Duct tape, milk crates, sandbags, quick-pour concrete, paint, and used tires are all low-cost tools in creating a demonstration that could ultimately resolve in a permanent change to hardscape more suited for a public. 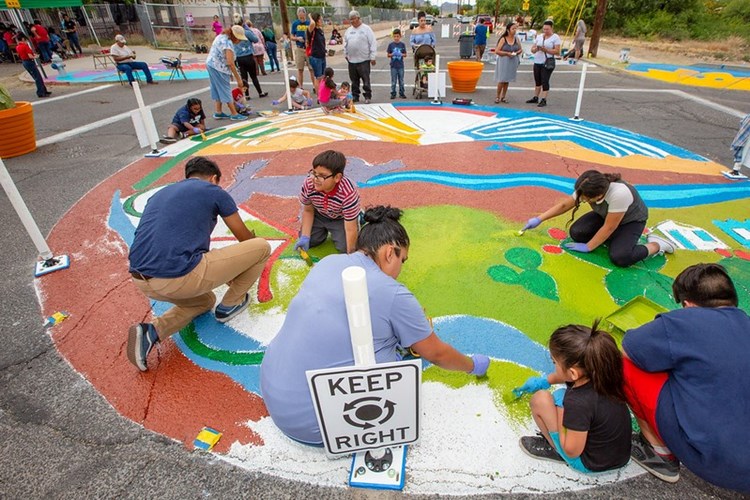 5. It develops social capital
Community-building and placemaking are two concepts desired by most neighborhoods and boosting the organizational capabilities of locals increases the interactions between them long after their work is over.

Today, during the COVID-19 pandemic, a quick stroll through any downtown area will undoubtedly reveal the works of Tactical Urbanism. Restaurants and shops spilling into the sidewalks, impromptu bike lanes and sidewalks placed in the roadway, and parks full of church service on Sunday mornings all utilize concepts from the 5 principles above to temporarily shake-up the public realm. But the overwhelmingly positive response by citizens in cities like San Luis Obispo, CA has secured long-term implementation of bike lanes and parklets, lasting beyond the pandemic if they continue to garner use from the public. This is a textbook demonstration of the permanent change inspired by temporary interventions.


The driving force behind this spatial activism is a long-lasting pattern of not prioritizing those individuals who actually use public space. We look back to brutalism and modernism in the field of architecture and reflect on the spaces it created between our buildings. Void of ornamentation, the ground-level became an emotionless plane of monotonous hardscape, not to be broken by loitering or other activities. Existing plazas featured flat expanses with zero dynamism, no seating and nothing to interest passersby and bring them together. The goal was to corral people through the public spaces as quickly as possible and prevent use of the spaces for anything human.


As well, the dominant figure in America’s public space during this period became the car. The shrinking public realm grew even smaller for pedestrians as city officials authorized more roadways to truck in suburbanites and leave those dwelling in the city were forced to shimmy along sidewalks more akin to a tightrope than a walkway. These factors contribute ultimately to an environment void of character and usability, thus inspiring the revolts characterized under Tactical Urbanism.

How to apply Tactical Urbanism

The focus thus far has been on defining Tactical Urbanism and analyzing its origins. But how can we apply the methodology used by Tactical Urbanists to our design? Our attention is not always centered on the plazas and sidewalks mentioned primarily throughout this blog, but it is important to pay attention as to how our entryways, facades, and forms influence what people can and cannot do around our buildings. We have to remember that our role is to represent the goals of the community in the buildings we create, but sometimes the best way to do that is to establish a blank canvas for citizens themselves to change and mold to their needs.


As designers, architects, and planners it is our job to ensure our spaces are fluid, malleable, and easily changed by no more than the citizens that inhabit them on a daily basis. Much like the street yields itself to tactical urbanists repurposing their spaces for the best use, our places must yield themselves and support public expression and creation.